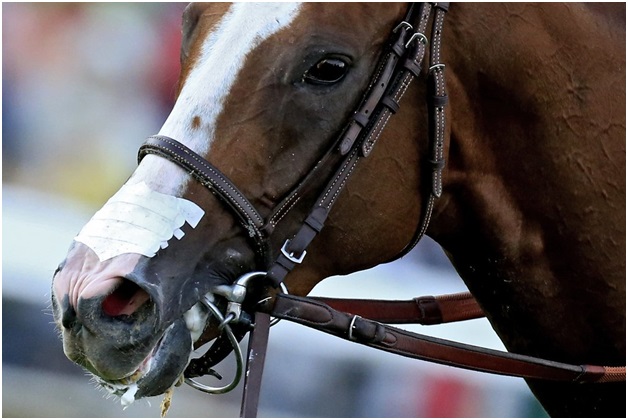 The therapeutic drug, furosemide, commonly referred to as Lasix, has been a controversial topic throughout the American thoroughbred racing community since the 1970s. Being administered to performance horses hours before hitting the starting gate, Lasix’s primary function is believed to be to reduce blood from entering the airways during exercise (EIPH). The drug causes a horse to increase urine production, resulting in decreased hydrostatic pressure in a horse’s pulmonary blood vessels, which plays a role in bursting pulmonary capillaries within their lungs (causing lung bleeding). Although nothing has been shown to eliminate the risk of EIPH completely, Lasix suppresses the severity of lung bleeding by about 50%-70% on first-time administration. However, research shows that upon repeated administration, efficacy for increasing urine production decreases. This is not surprising given that both acute and delayed tolerance to this drug has been shown in humans and animals.

But why is Lasix such a hot-button topic?

Since Lasix promotes excretion of fluid and minerals in the kidney, a horse on Lasix will experience an increase in the production of urine. About 30 minutes after the drug is administered to a horse, the phrase (pardon our French) “pissing like a racehorse” becomes true. Being able to expel over 20 liters of urine in just a short period of time, a horse on Lasix can lose around 20-30 pounds come race time. Of course, many trainers see this as beneficial since the loss in weight can increase a horse’s performance and allow them to run faster. However, this substantial loss of fluid can pose dangers to a horse’s health and safety.

Hydration plays a very important role in a horse’s performance and recovery. A horse on Lasix generates and expels a large volume of fluid before a race and the consequent dehydration makes them susceptible to muscle fatigue and physical exhaustion. This is a problem. But, given that over 90% of racehorses experience lung bleeding to some degree, trainers have found justification in administering Lasix due to the fact that EIPH is also a pressing issue in the thoroughbred racing community.

Our Mission: Keep performance horses healthy and safe in their competitive environments

FLAIR® Equine Nasal Strips are clinically proven to reduce lung bleeding without the drawbacks of fluid loss and dehydration. By reducing the collapse of the nasal passageways, FLAIR Strips decrease breathing resistance and reduce pressure swings at the pulmonary capillaries. FLAIR Strips can be used alone or in combination with Lasix. The Strips are completely drug-free - eliminating the risk of potential side effects - and are proven to optimize breathing and performance while reducing EIPH.

Published by the Veterinary Medicine: Research and Reports and authored by David C. Poole and Howard H. Erickson, this article explores the effects that EIPH can have on a horse and how to prevent and treat such issues.