FLAIR Strips don’t help horses breathe in more air; they help horses take in the same amount of air with less work. For example, think about the difference you feel when breathing through a stuffy nose versus when your nose is clear. When your nose is stuffy, the nasal passages are narrower, making it more difficult to breathe.

Being able to breathe easier helps horses at all levels of fitness and skill maintain respiratory health and optimum performance. Many riders also report that horses wearing FLAIR Strips are more relaxed and focused.

HORSES BREATHE THROUGH THEIR NOSES

Unlike humans, horses can only breathe through their nose, so during intensive exercise, they aren’t able to breathe through their mouths. All the oxygen horses need for exercise can only come through the nasal passages (the narrowest part of the upper airway), with a significant portion unsupported by bone or cartilage. During exercise, this unsupported portion of the nasal passage collapses inward when a horse inhales, reducing the size of the airway and greatly increasing resistance to air flow.

This is significant because over 50% of resistance to air flow to the lungs comes from the nasal passages during exercise with some studies suggesting as much as 80% resistance to air flow. Additionally, pathological upper airway conditions (roaring, gurgling, nasal flutter, alar fold collapse) and functional obstructions (significant poll flexion) increases the work of breathing and makes it more difficult to move air into the lungs. 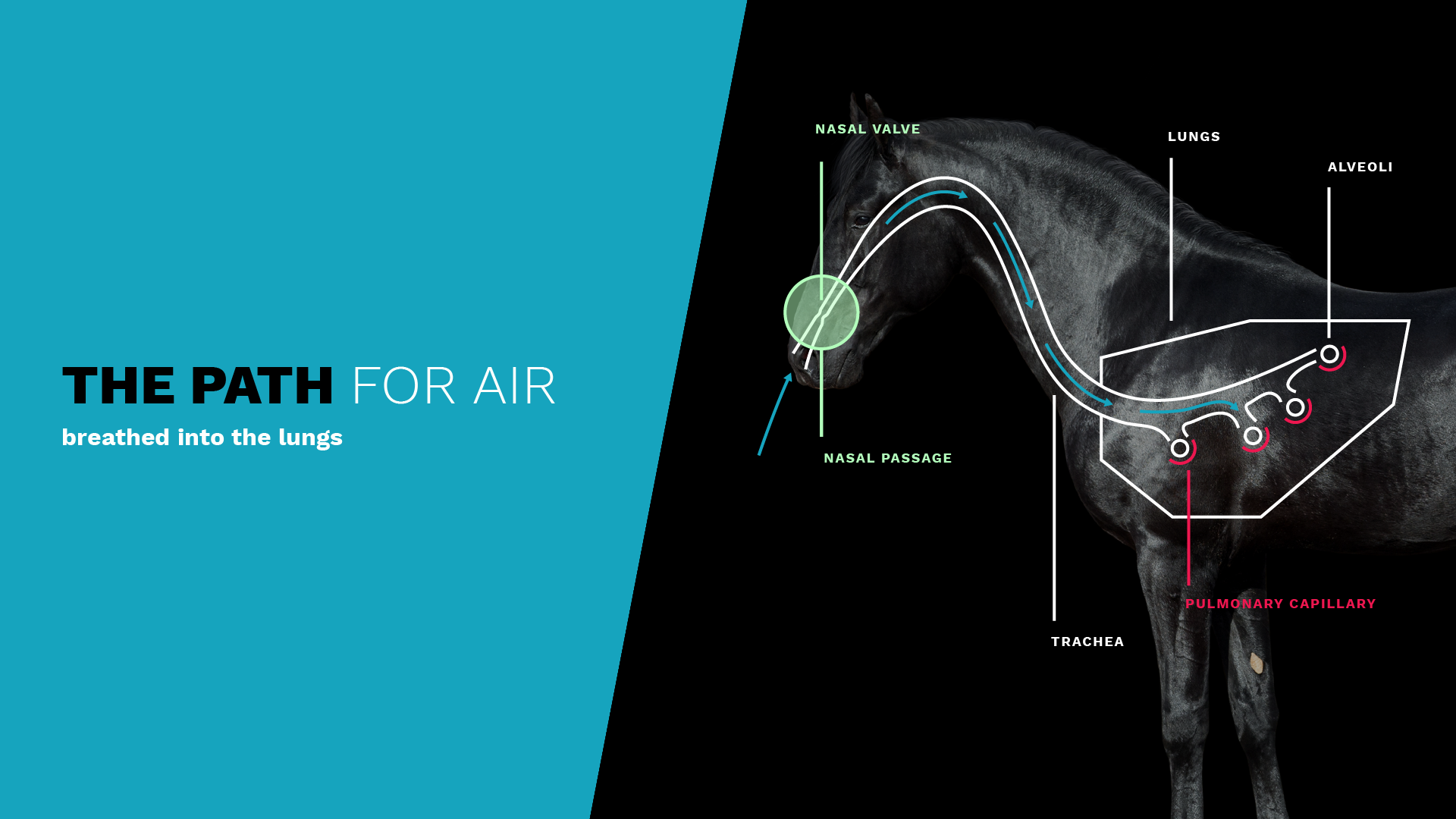 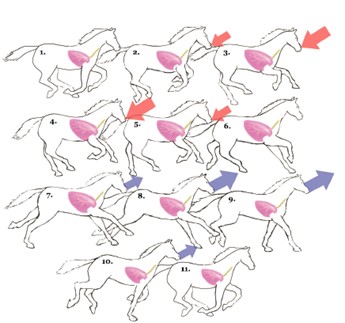 A simple way to think about the link between breathing and stride is to think of a galloping horse as a large bellows. As the front legs are in the non-weight bearing or “flight” phase (1-5 in the above illustration), air is being pulled into the lungs like air moving into a bellows. Once the lead front leg contacts the ground, the front legs are in the weight bearing phase (6-10 in the above illustration) and air is pushed out of the lungs.

At speeds beyond a hand gallop, a horse increases its speed by increasing stride length, not by moving its legs faster. When a horse lengthens its stride to increase speed, it also takes deeper and longer breaths, providing the lungs with more air. A horse struggling to move air in and out of the lungs may fatigue more quickly or shorten its stride to compensate for the increased work of breathing in.