Jim Chiapetta and Ed Blach began developing FLAIR® Equine Nasal Strips in the mid 1990’s, as a result of their experiences as equine veterinarians. For years, the duo witnessed that working horses experienced a collapse of their nasal passages when breathing in during exercise. A basic understanding of airflow dynamics helped them appreciate that partial collapse or narrowing of the nasal passages which occurs during exercise increases resistance to airflow into the lungs when oxygen is needed most. They wondered if it was possible to improve airflow in the horse by applying an external nasal passage support similar to the BreatheRight® strip used by human athletes. A review of the equine research literature revealed a void in knowledge regarding the role of the nasal passages in horses’ breathing and respiratory health. This caused them to begin designing and testing equine nasal strips until they had a product that improved airflow, was safe to use and easy to apply.

The company has been awarded over 20 patents in the U.S. and around the world directed to technologies based on the discovery that by supporting the external wall of the nasal passages, nasal strips reduce upper airway resistance to improve equine health and optimize performance. Since their introduction at the 1999 Breeder’s Cup races and the 2000 Olympics, FLAIR Strips have been regularly used for training and competition by world class professional horsemen as well as amateur owners around the world. 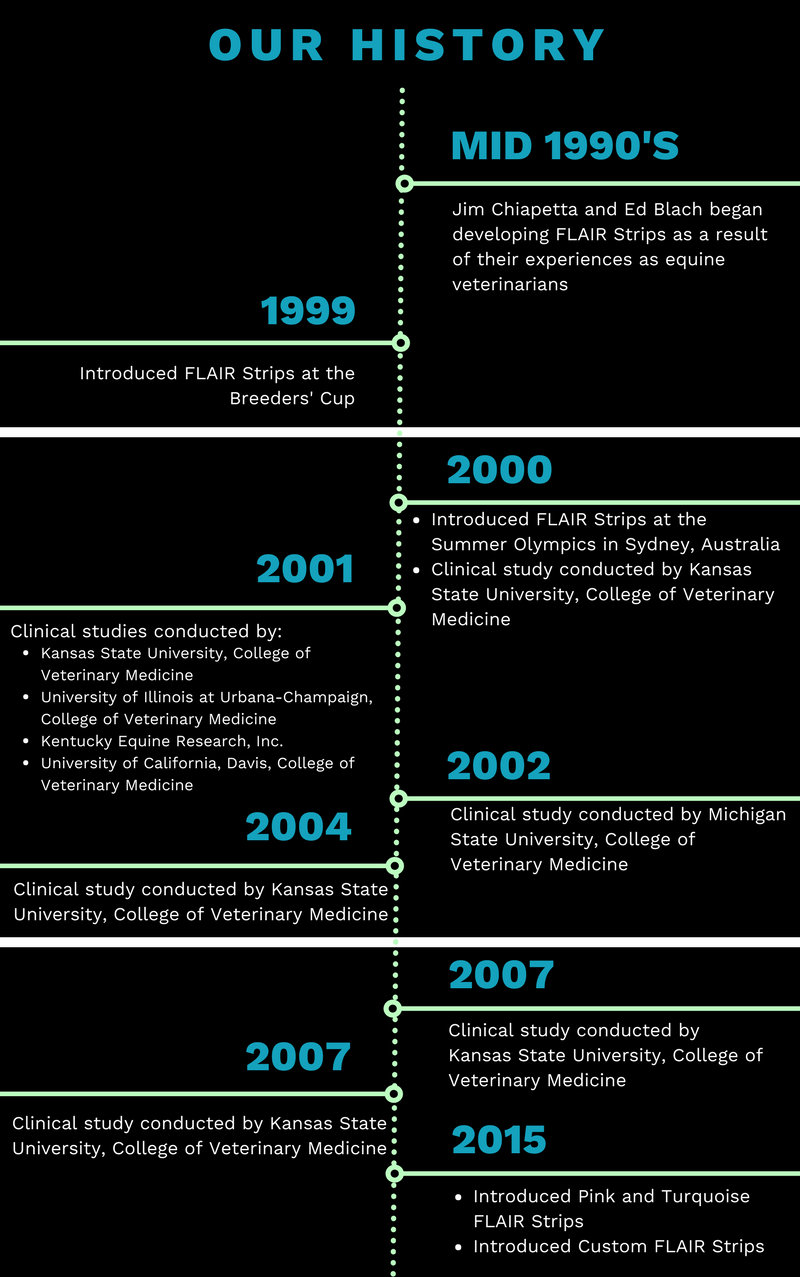