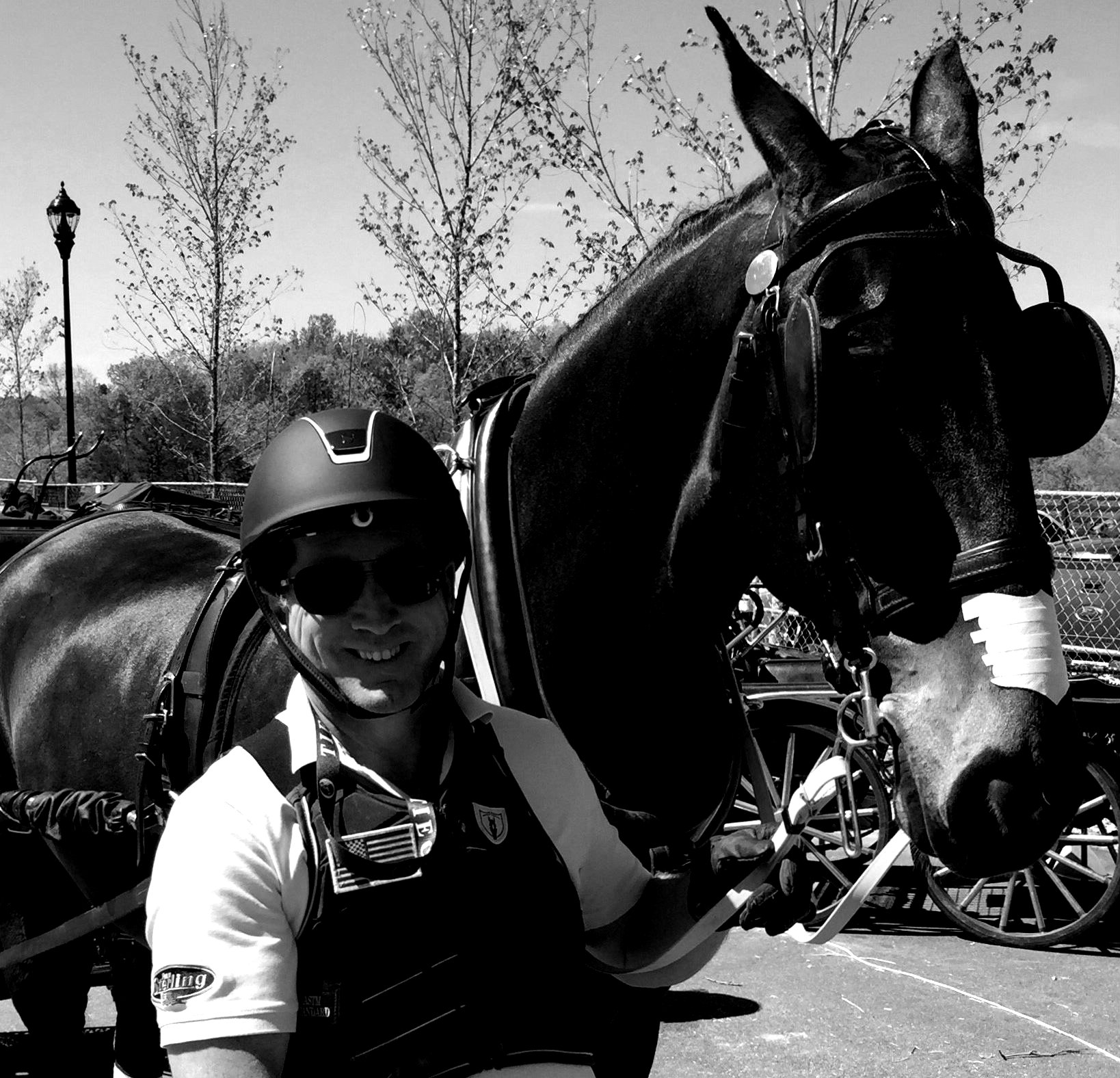 "I have been using FLAIR® Equine Nasal Strips for many years because in the demanding sport of Combined Driving, I ask my horses for maximum effort on marathon. FLAIR Strips gives them an edge above others in recovery and sustained exertion."

Hometown: Born in Phoenixville, Pennsylvania and resides in Paris, Kentucky

Began Riding: As a baby, but he began driving competitively at age 15.

Takes Pride in: Developing horses and clients to their fullest potential.