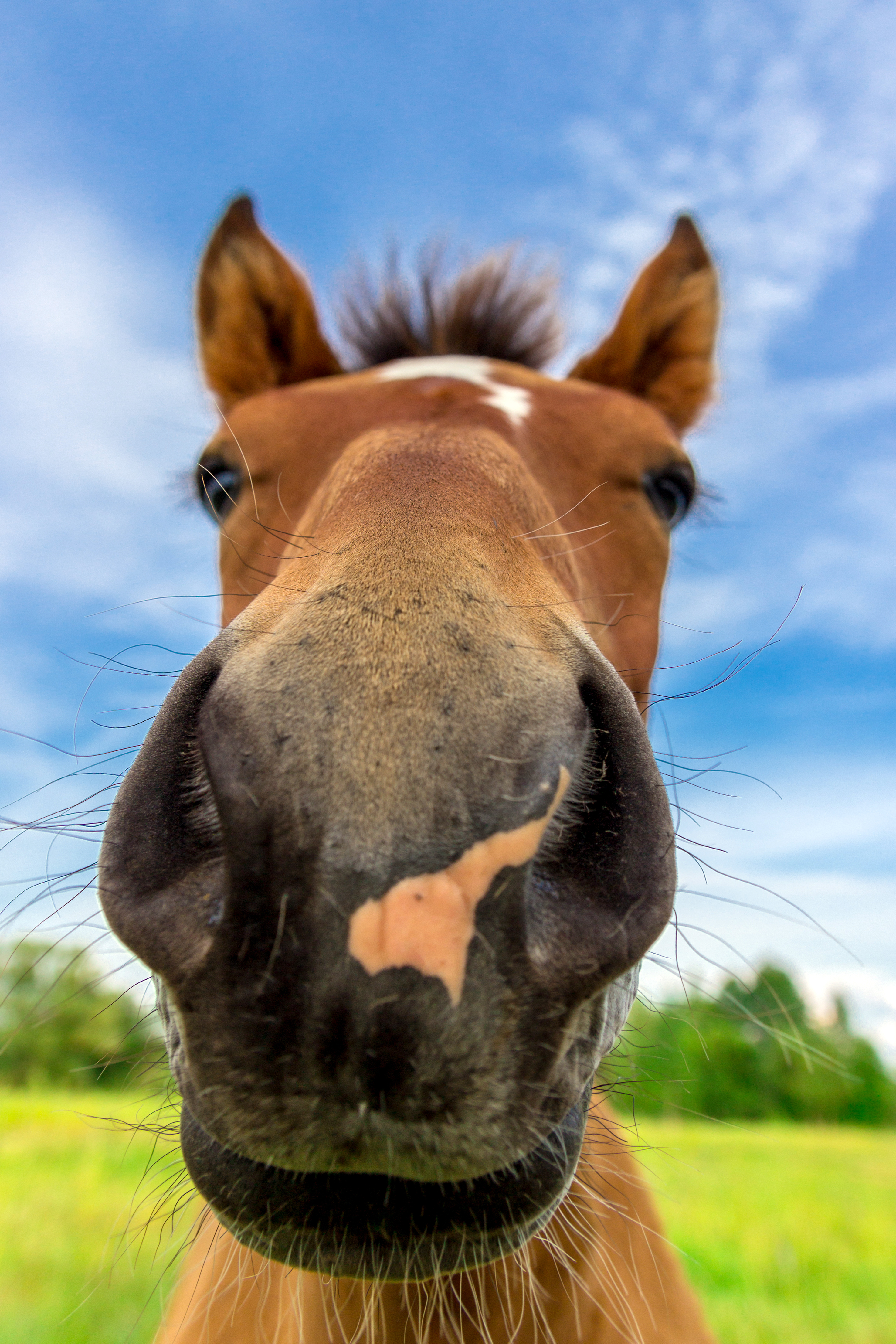 When you look at the respiratory system of a horse and human side by side, you may struggle to spot any significant differences at first glance – both include structures such as the nostrils, nasal passages, pharynx, larynx, trachea, bronchi, bronchioles, and alveoli.

However, while our basic respiratory structures and functions may seem to parallel one another, one considerable difference sets us apart from our equine friends: we can breathe through both our nose and mouth while exercising. Horses can't.

Yes, that's correct. Horses can't breathe through their mouth. Strange, right? Referred to as an "obligate nose breather", a horse’s air intake is strictly confined to their nostrils and nasal passages. But why are horses obligate nose breathers? What's the difference in anatomy that's preventing them from using their mouths to breathe?

If you take a closer look at the respiratory tract of a horse, you'd see that the epiglottis (the flap of cartilage located in the throat behind the tongue and in front of the larynx) rests just above the soft palate while the animal is not swallowing. This creates an airtight seal that makes it physically impossible for horses to breathe in through their mouths (unless anatomical abnormalities or pathological conditions are present). To compensate for their lack of mouth breathing during exercise, a horse’s nostrils can flare in order to increase their air intake-but this isn’t the whole story.

As mentioned in our last blog post titled Our Lungs vs. Our Horses', a horse hard at work can inhale and exhale upwards of 1,400 liters of air every minute with a BPM (breaths per minute) of 140 (this being a conservative estimate). With the sheer amount of air moving into and out of the lungs every minute, you can imagine the sort of stress and strain that a horse's nasal passages and lungs must endure during exercise. Sure, horses may be built for strenuous work environments, but just like humans, they have physical limits. 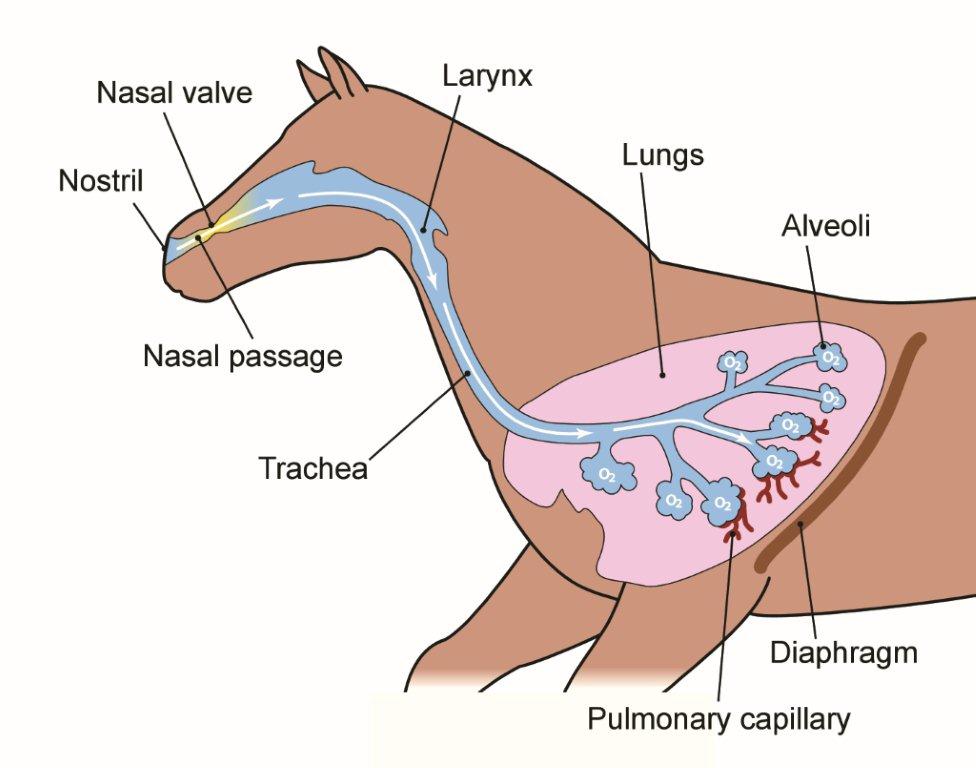 Given that horses are obligate nose breathers, oxygen making its way to the lungs must flow through their nasal passages, down the upper respiratory tract, and into the lungs through a network of tubes: trachea, bronchi, the bronchioles and into the alveoli (or air sacs).

It is Important to note is that the effort needed for the horse to bring the oxygen-containing air into the lungs is greatly increased if there is any reduction in diameter of your horse’s airway-anywhere along the way. As the [unreasonably hard to pronounce] mathematical equation known as Poiseuille's Law states, any incremental decrease to the radius of a tube increases resistance to flow by sixteen-fold. Simply put, this means that even the slightest narrowing of the airway can result in increased work of breathing. (For more information on Poiseuille's Law and airway resistance, check out one of our past blog posts, here.) A narrowing of the equine airway can happen when the unsupported soft tissues above the nasal passages collapse inward as the horse inhales deeply and forcefully during exercise which reduces the diameter of the nasal passage. Other airway diameter reductions can happen with respiratory disease conditions such as infections, inflammatory or reactive airway diseases.

But how does increasing the work of breathing affect a horse's wellbeing?

When a horse needs to increase its intake of oxygen, it increases the depth and rate of breathing. In addition, blood volume increases by the spleen releasing a reservoir of stored red blood cells, along with increased heart rate and blood pressure.

When a horse's breathing and blood flow increases, there is increased stress on the fragile pulmonary capillary membrane- the site where oxygen exchange occurs between the alveoli and blood vessels. The large increase in blood pressure in conjunction with the strong suction force from the horse's increased rate and depth of breathing can cause this very fragile membrane to rupture, causing red blood cells to spill into the airways, resulting in exercise induced pulmonary hemorrhaging (EIPH or "lung bleeding").

Who knew that being an obligate nose breather has such a large impact?

The spring-like action in FLAIR® Equine Nasal Strips gently support the nasal passages, reducing the narrowing of the airways and making it easier for your horse to get all the oxygen they need. By reducing resistance to breathing, the Strips are clinically proven to reduce lung bleeding during high-intensity exercise. For more information on how our FLAIR Strips work, make sure to check out our "Learn" page, here.