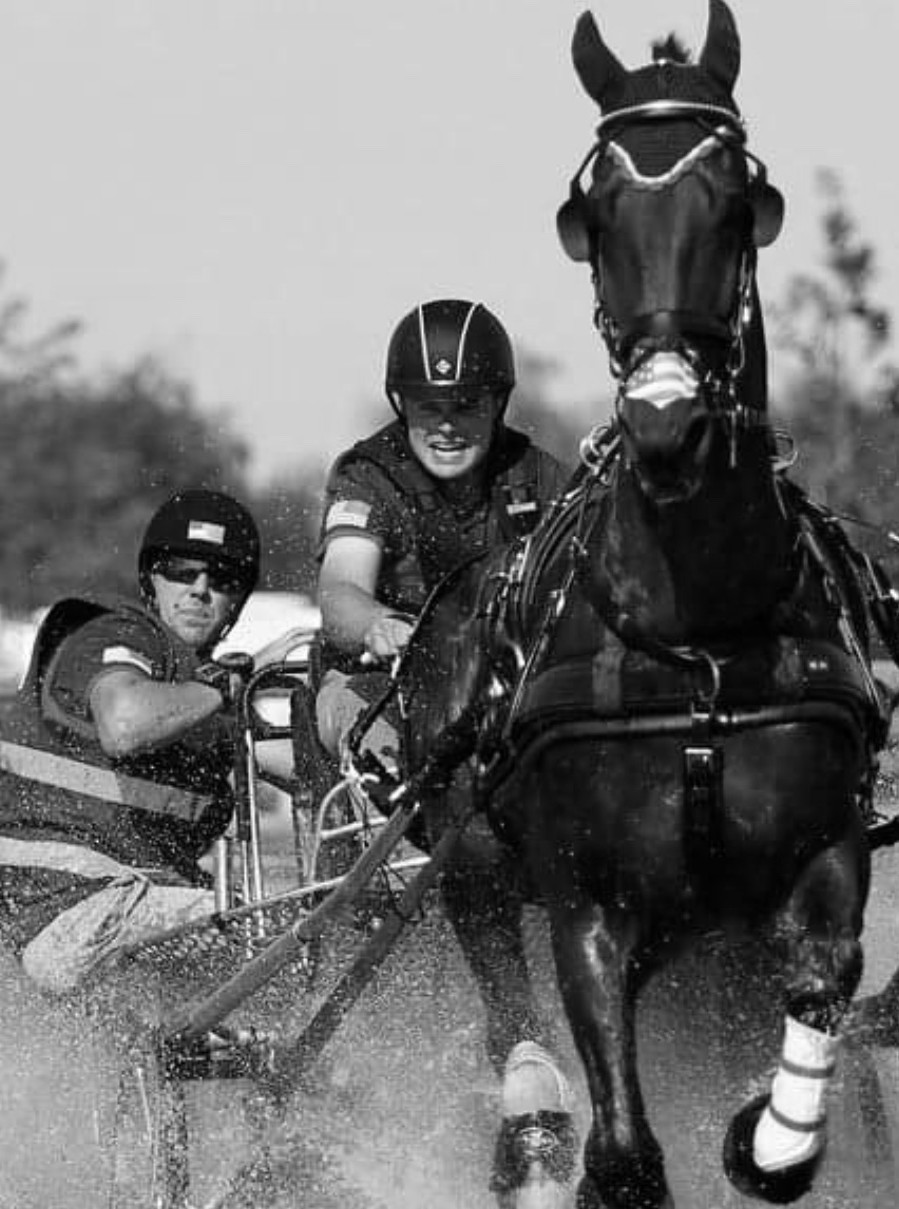 "In a sport where seconds make all the difference, I believe that FLAIR® Strips give me an edge. Over the past 12 years, I have seen first-hand the difference that FLAIR Strips have on my horses' breathing, especially those that tend to work too hard during intense competitions. Not only do the Strips make breathing easier, but they also help maintain peak performance through even the toughest of courses and recover faster. I began using FLAIR Strips with my first FEI horse, a Morgan Mare named Shadow, who had a tendency to roar in the obstacles and during intense competition. My horse's breathing drastically improved upon trying FLAIR Strips and that year we went on to be the second alternate for the U.S. Single Horse World Championship team. From then on, I have used FLAIR Strips on all my horses and would not start the Marathon phase without them!"

User of FLAIR Strips for: 12 years

Goals for 2021: Compete at the Pair Horse World Championships in Kronenburg, the Netherlands.

Biggest Accomplishments: 2021 US Equestrian Elite Athlete, drive in 4 FEI World Championships, only Drive to win the accolade of USEF Junior Equestrian of the Year, youngest Driver to ever win an FEI Driving event, and numerous top placings.

Fun Facts: Jacob is engaged to his Barn Manager, Mary Sheerin, and they have a dog named Nova. He has traveled to 15 countries and competed in most of them. Jacob has competed in ponies and horses, as well as all three classes of driving: Single, Pair, and Team.