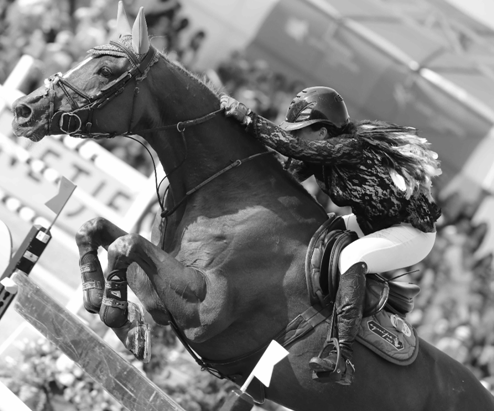 “FLAIR® Strips have been a great addition to my program - so many sport horses have undiagnosed asthma and respiratory issues that anything we can do to help them, even that little bit, is worth it! With FLAIR Strips, my horses breathe easier and help them to maintain peak performance during even the toughest of courses.”

Hometown: Bases with her horses in the Netherlands
Level of Riding: Grand Prix Showjumping
Began Riding: At the age of twelve.
Biggest Accomplishments: Winning first place with Team Israel in the 2019 Olympic Qualifier; placing first at the 2020 CP Palm Beach Masters Final CSI5*; placing first at both the 2018 and 2019 Rolex Grand Prix CSI5* at the Winter Equestrian Festival; placing first at the Global Champions Tour Grand Prix in Shanghai, China and Berlin, Germany; and several more top place finishes around the world.
Takes Pride in: Israeli heritage, including acquiring her citizenship and beginning to compete under the Israeli flag in 2010.