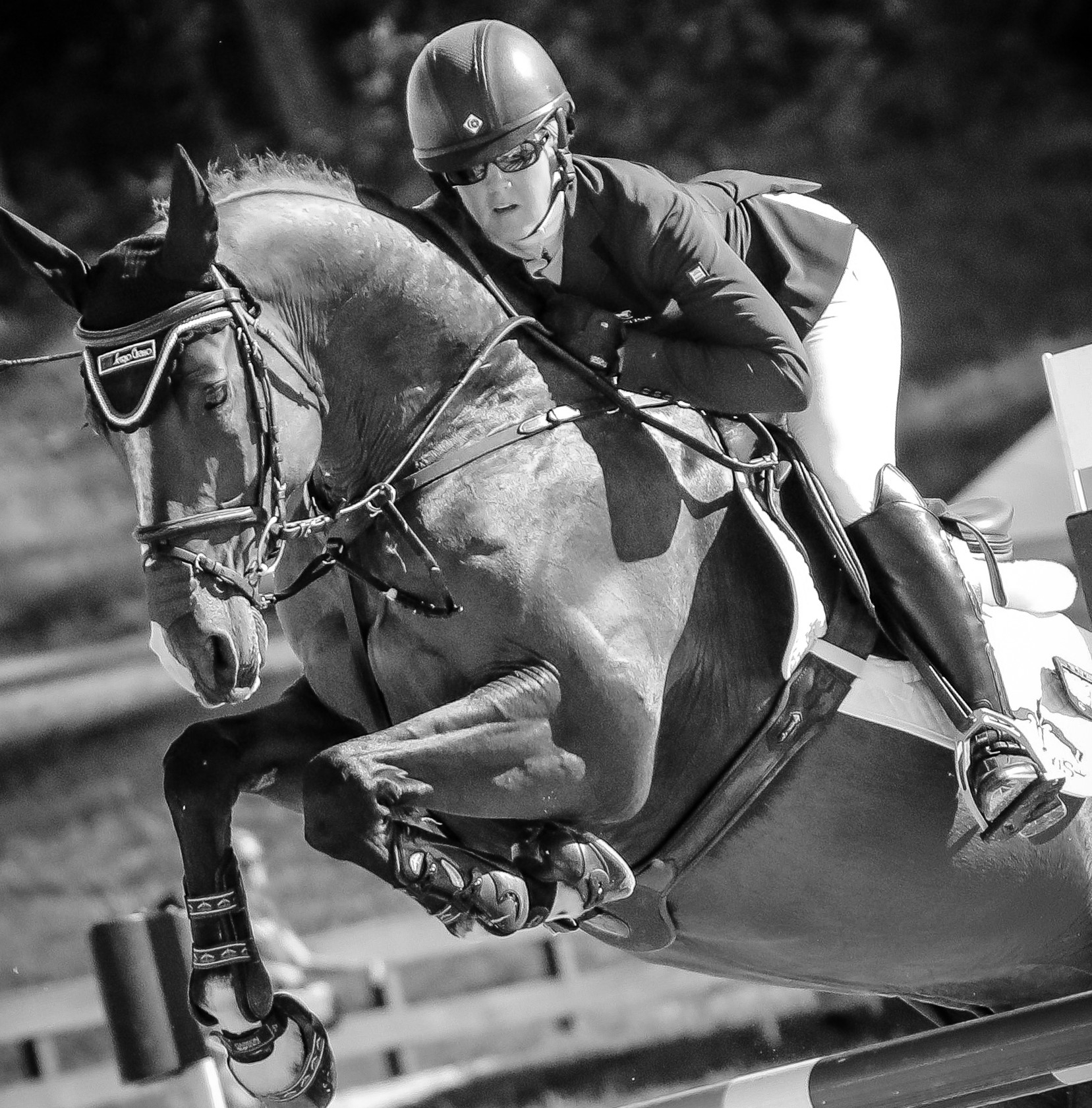 "The health of my horse's airways is incredibly important to me. The exertion that event horses have performing their job is great, and using FLAIR® Nasal Strips is a proven way to protect them."

Biggest Accomplishments: Named multiple times to the United States Equestrian Team's High Performance List and she was the reserve rider for the 2012 Olympic and 2010 World Equestrian Games. During 2012, she placed second at the Rolex Kentucky Three Day Event CCI 4*, sixth at the Land Rover Burghley Horse Trials CCI 4*, and finished third on the World Leader board for Four Star level riders - HSBC Classics Series. Winner of the Carolina International CIC3* on Arthur, 3rd at Fairhill CCI3* with Copycat Chloe, 5th at Fairhill CCI 2* with Cascani, 5th at Galway International CCI 3* with Athlone Anto, 1st at Bromont CCI 2* on Lord Willing, 10th at Plantation Field CIC 3* with Business Ben and 2nd at Virginia CCI 2* on Sapphire Blue B.

Takes Pride in: Her horses being happy and healthy athletes.

Major Influence in Life: Her parents.